Today was actually incredibly productive. I dropped by Fabric Warehouse, Haberman’s and Joann’s and finally bought fabric for my Apparel Production 1 class which cost about $100 total. It was a nice little adventure to get out of the house. Then I came home and made the halfscale skirts for Fashion Design 2 and thought about doing the sketches for AP1, but I got sidetracked and ended up cleaning out my closet, vacuuming (finally!) and putting clothes back into my closet/Ikea boxes. Now my room looks 7x cleaner than before. And there’s room to set stuff down in the cubbies in my bookcases/dressers.

That said and done, I started watching Hello, Dolly! on Netflix but then my mom came in my room and said An Idiot Abroad was on so I was like maaaan, that’s why I started watching Hello, Dolly! Because I knew An Idiot Abroad’s new episode was on at 10, but they were having a recap from last week, so I watched that episode with my mom, then an episode of Ancient Aliens, and finally to new episode of An Idiot Abroad. Which was hilarious, regardless of the fact that it wasn’t a normal episode. Ricky finally had Karl get a prostrate examination and he was hidden camera watching/listening in on the procedure and giggling the whole time. I laughed so hard. I love Ricky Gervais so damn much.

Lastly, I promised a picture of the pumpkin pastry last night, so here it is! 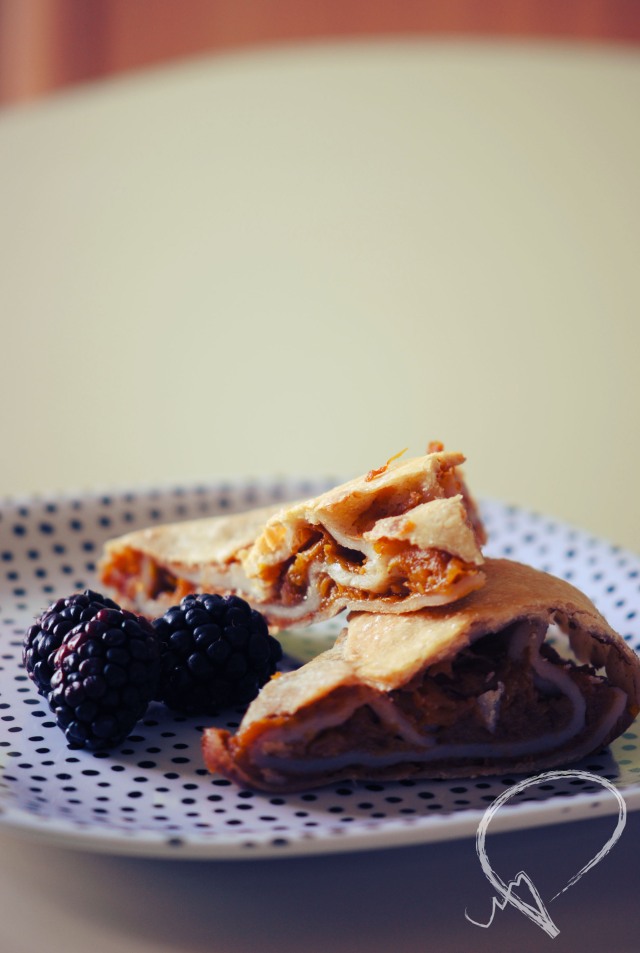